Specialty Shingles give roofers and builders the opportunity to craft a roof that has the distinctive look of wood shake or slate - at a fraction of the cost. While specialty shingles cost more than their traditional laminated counterparts, they are far less expensive than real wood shakes or genuine slate. In addition, they don't require specialized installation like shake or substantial structural support like slate. These features make them a great option both for new upscale custom homes as well as homeowners looking to upgrade an existing roof. With dozens of profiles of specialty shingles in stock at Wimsatt, we've seen first-hand the demand for shingles that create a shake- or slate-like appearance on the roof. Here's our roundup of the top five in Michigan for 2018: GAF's Grand Sequoia shingle was introduced back in the late nineties. Its artisan-crafted shapes, combined with oversized tabs and a dimensional design, result in a sophisticated beauty that emulates the look of rugged wood shakes.  Grand Sequoia creates a look that is markedly different than standard laminated shingles, and looks fantastic on steep sloped roofs. GAF introduced Woodland back in 2012 as an entry in their newly-minted Value Collection Designer Shingle lineup. The Value Designer line was introduced as a way to make premium shingles more affordable; prior to their introduction, there was a wide gap in pricing between economy laminates and luxury shingles. GAF seized the opportunity to create specialty shingles that sat in between those price points, to provide roofers with a shingle that could fit into the "best" slot in their offering when a luxury shingle would be well out of reach. Designed after the look of hand-cut, European shingles, Woodland combines rustic charm with 21st-century style and is available in 5 colors. It features a 6-1/2" exposure, and its large 17"x40" size provides 16% more coverage per shingle vs. regular 5-5/8" exposure laminates. Along with Woodland, GAF introduced Camelot II in 2012 as an entry in the Value Designer shingle line. Camelot II was based on the look of GAF's Camelot luxury shingle, offered at a more affordable price point. In 2014, GAF refreshed the design of Camelot II and introduced a new DuraGrip adhesive pattern for enhanced wind uplift performance (130mph). Available in 5 colors, Camelot II has a large 7-1.2" exposure, and combined with its 17"x34" size, offers 33% more coverage per shingle than regular 5-5/8" exposure laminates. Brought to market way back in 1991 as the ultimate in luxury roofing, Grand Manor was introduced by CertainTeed as their flagship shingle. Its 8" exposure and randomly placed tabs have shadow lines that provide the wonderful and authentic depth and dimension of a natural slate roof. Weighing in at 425 lbs./sq, Grand Manor's construction assures virtually 5 layers of protection. In 1994 we installed Grand Manor on our then-new showroom and corporate office in Wayne. Nearly 30 years later, it still looks great and retains its title as CertainTeed's top-of-the-line; the best of the best. Belmont is the newest shingle in our specialty shingle round-up. CertainTeed introduced Belmont in 2017. It features a slate look similar to Grand Manor, but executed in a two-layer shingle that offers a more affordable price point. The layered construction and blended coloration results in rich hues and high contrast shadow lines. With a 36"x18" size and a large 8" exposure, Belmont is available in six colors to artfully emulate the classic slate roof look.

You have a lot of choices when it comes to offering specialty shingles in the "best" slot of your sales pitch; we've found the shingles above to be the most popular in the markets we serve. If you're interested in incorporating any of them into your proposals, stop by your local Wimsatt showroom for samples and literature. We're eager to help!

Wimsatt Building Materials is a distributor of quality steep slope & low slope roofing, exterior cladding, windows & doors, and specialty building materials. We serve builders and contractors with our gold standard in service from eight locations across Michigan and Northern Ohio. 3 Ways to Sell SBS Shingles for a Long Lasting Roof

Check out what all of our Branches and Corporate Office are doing in our communities. 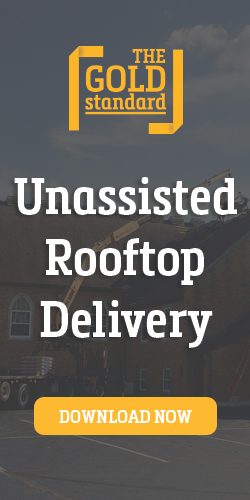